Presented into the workshop this week we had a once very desirable and impressive VW Touareg equipped with a beast of engine in the shape of a V10 diesel which on it’s day produces a whopping 308 bhp and 750 nm torque, almost as eye watering as the maintenance and running costs. This car which was brought to us on the back of a tow truck having suffered severe water ingress on the Main engine ECU and harness was certainly no exception and it was evident that another garage had had a right good go and repairing the main 92 pin socket and failed miserably. Initially i was very concerned about the potential repair costs vs the residual value of the vehicle which has covered 113k miles and was fair too say is in poor general condition, after speaking to the garage who owns the vehicle they were willing to spend a reasonable amount of money as it was a vehicle they used for recovery purposes. We agreed a financial ceiling limit of £2k (dead or alive) which would allow me to fully rewire the engine ECU and wiring with absolutely no guarantee of a fix.
Upon close inspection of the ECU was evident just how bad the water ingress was which had affected nearly all of the electrical pins on the socket and ecu and the previous attempt at repair had just left even more of a mess.
With an initial serial scan and no comms with engine ecu and a reported 100+ faults in the system it looks like i had my work cut out. 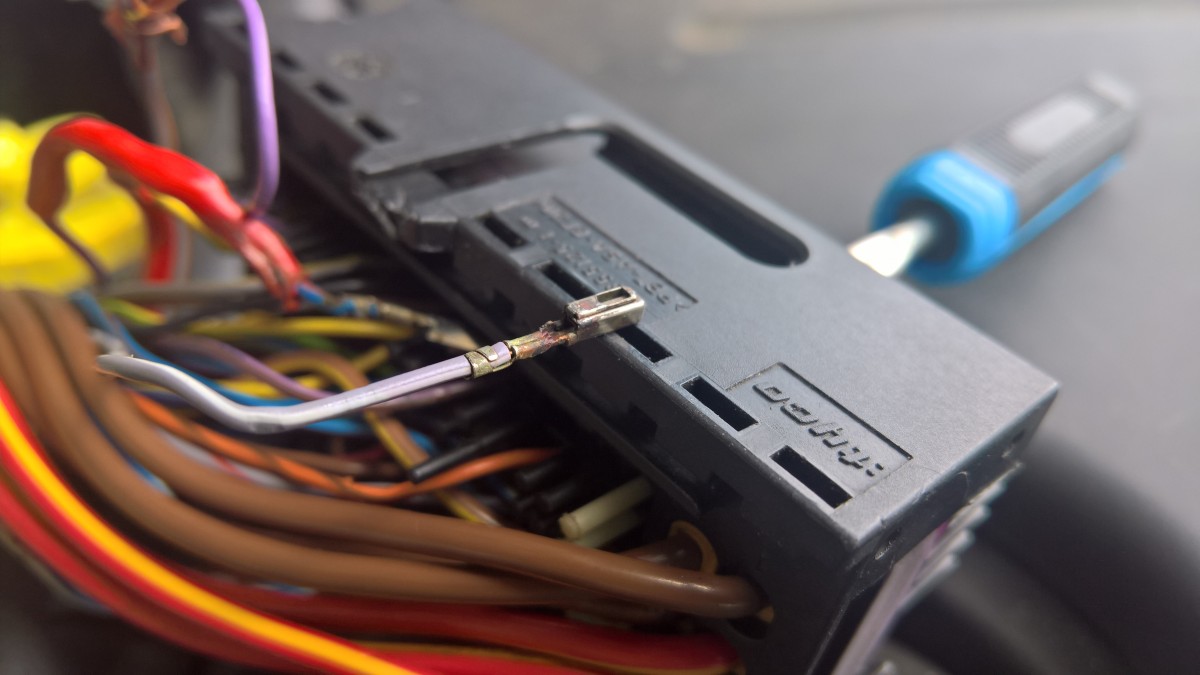 It’s important if you take on a repair of this nature that you both agree a financial limit and it’s almost impossible to guarantee an end result given the extent of the water ingress and damage. After i stripped back the ecu socket and peeled back the tape and started to have a closer look it was evident that the corrosion was much worse than i had thought and the oxidisation had worked it’s way back up the main loom into the copper core so simply re terminating the socket just wouldn’t do.
I had to cut the wiring back to a point where the corrosion hadn’t effected the wiring in order to successfully solder and re terminate all the pins.

Thank fully the 92 pin ecu connector and pins were all available from TPS and I have all the specialist tools for termination and crimping the new socket.

So pin by pin I cut back and re terminated every pin of the 92 pin connector and taped up the loom back to a factory finish using all the O/E fasteners, once i had finished i then restored vehicle power by latching the power surge relay located in the boot and carried out full vehicle scan/diagnostics in order to re code the second hand ecu which had been previously provided by the garage.

The ECU and loom is all back in one piece with all electrical faults now cleared and she now runs like a dream !! All in all a very satisfying job with a good end result.