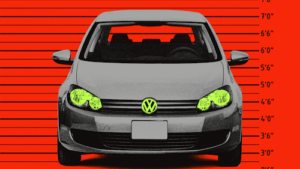 Firstly i would like to apologise for not posting on Autoinform for some time, as i’m sure most of you are aware of the recent new business premises we have acquired and for those who have moved premises before, you know my pain. Don;t get me started on BT !!!!

I’ve been banging my drum for some time now about the difficulty in meeting EU6 emissions legislation on modern diesel engines, it’s been a long time coming and i’m afraid we’re only witnessing the tip of the iceberg. I don’t suspect it will long before the news headlines dominate something different as the right pockets get greased and certain government officials are payed off and they get back to the migrant crises and having a right good go at poor old David Cameron for gesticulating in a pigs mouth as an adolescent student. Big news i know !!!

However A different story over in California where the emission legislation is so tight you couldn’t blow your nose without someone raising their eyebrows at you. It’s well documented that CARB (California air resource board) have the emission regulations on diesel cars wrapped as tight as an Eskimos nad sack and there’s no getting round them as VW have come to regret.

I’m absolutely 100% that what CARB have discovered is purely the beginning of what could spell ultimate doom for small passenger diesel cars not only in the USA but across Europe and eventually the world. I have estimated that diesel cars have a maximum shelf life of 5-10 years before they are finished. If you carefully examine the EU emission legislation EU5/EU6 and the technology involved purely to maintain ‘safe’ levels of Carbon and NOX emissions you would see we are already at breaking point both technologically and financially. The problem doesn’t purely lie in designing and building systems which comply with EU law but the real world cost of maintenance and aftermarket repair. Manufactures boast almost unbelievable MPG claims and reduced maintenance schedule programs  but in reality its just smoke and mirrors and impossible to achieve. For example VW and Audi claim a full Add blue tank should last 20’000 + miles before it requires refilling, where as in reality my customers are lucky of they reach 5000 miles.

Real world diesel cars are now subject to extended service schedules sometimes travelling 20’000 miles before the oil is changed, Madness ! Take a modern VW/Audi ultra diesel engine which utilises edc 17 control which compromises of 3 EGR systems, 1 DOC (diesel oxidization cat), 1 x DPF filter and an Add blue system to combat harmful diesel emissions. Without being rude neither the dealers and 99% of the aftermarket can cope with accurately diagnosing  and or repairing cars equipped with just a DPF filter. We are so far behind it’s actually scary ! Now take this car outside of warranty and what do you think will happen to the value ? Nobody in the right mind would want to own  a diesel car outside of manufactured warranty and i cant blame them !

To make matters worse recent studies in cities such as London have discovered even smaller particles (nano Particles) which pass through current DPF filters which enter even deeper onto the respiratory system and directly into the blood stream which are being directly related to health issues and respiratory diseases.

Euro 6 (EU6) emision legislation are targeting NOX (nitrogen oxide) by injecting Ammonia directly into the exhaust which acts as a catalyst  separating Nitrogen and oxygen into harmless atmospheric gas however interestingly scientists have now discovered a sudden and sharp increase atmospheric presence in Ammonia, which is both toxic and corrosive.

Please don’t think i’m scare mongering or being pessimistic don’t forget i earn my living not only Diagnosing and repairing and  diesel cars but over 50 % of our training program is aimed at teaching technicians how to fix diesel cars.

Diesel cars currently represent over 50 % of the cars on our roads to day in Europe and not of but when the day comes that diesel cars are finished we will all have to go back to the drawing board and have a hard think about where our future lies in the aftermarket repair industry.

Now if we’re savvy and work like hell in training, infrastructure, investment into new and existing technologies such Hybrid and push bikes then i’m sure we’ll just be fine. 🙂

Hope to see everyone at this years Autoinform live at the end of November !